New in Engine 3.18.0: League of Legends GameSense support, and more

A new version of SteelSeries Engine has just been released. Download it here!

SteelSeries is happy to announce League of Legends GameSense support in SteelSeries Engine!

Configure your SteelSeries gear and customize your lighting effects based on the following in-game League of Legends events: 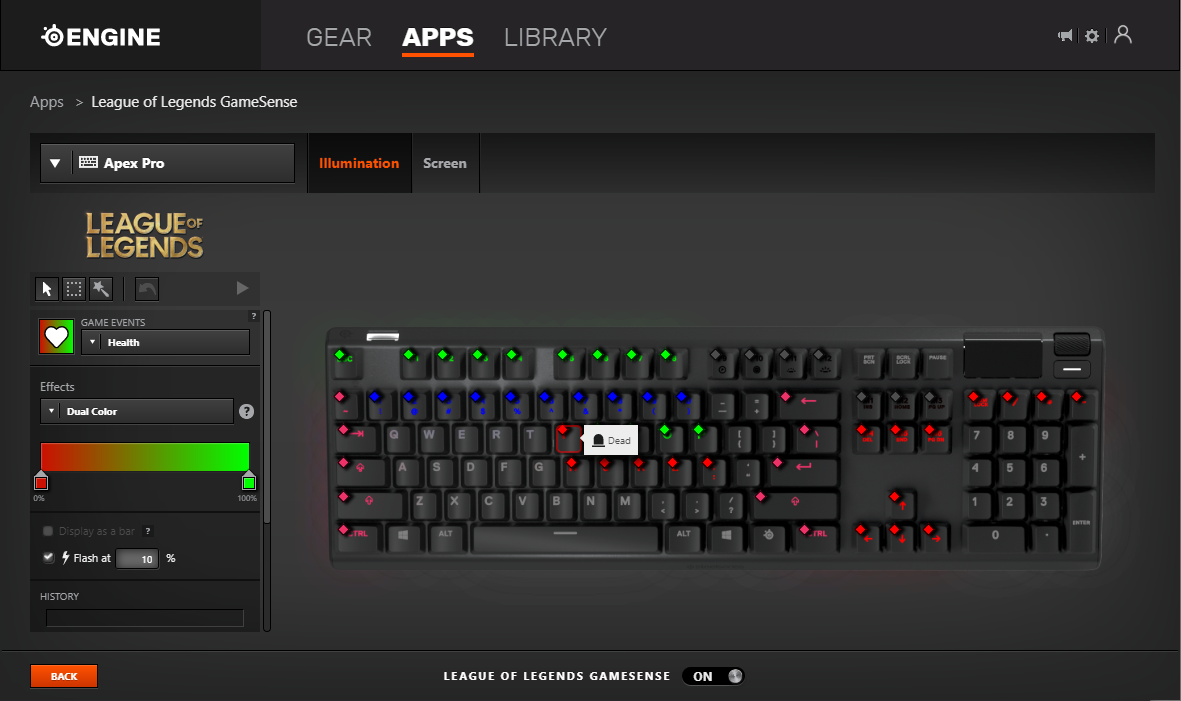 The default configuration displays a number of in-game stats, such as your Health, Mana, Kills, Creep Score, Teammates and Enemies Alive, Timers, and Gold. 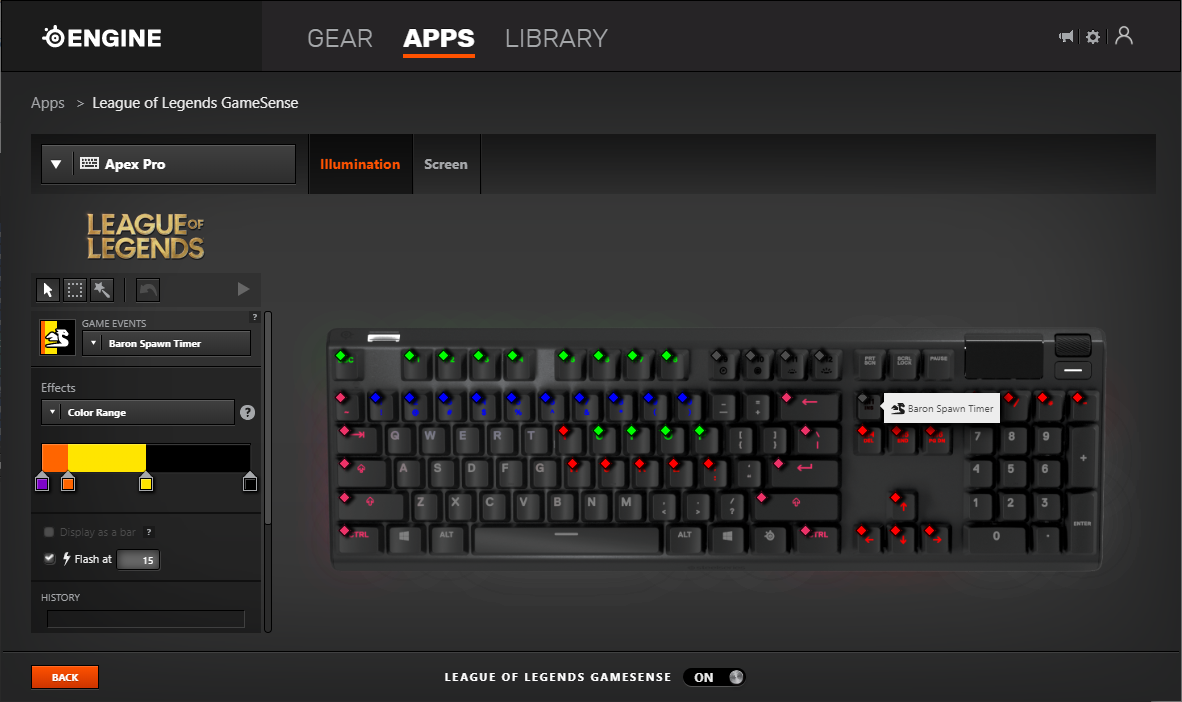 Customizable illumination timer events can be set as reminders for the Dragon and Baron spawns, as well as when the Baron buff will wear off. 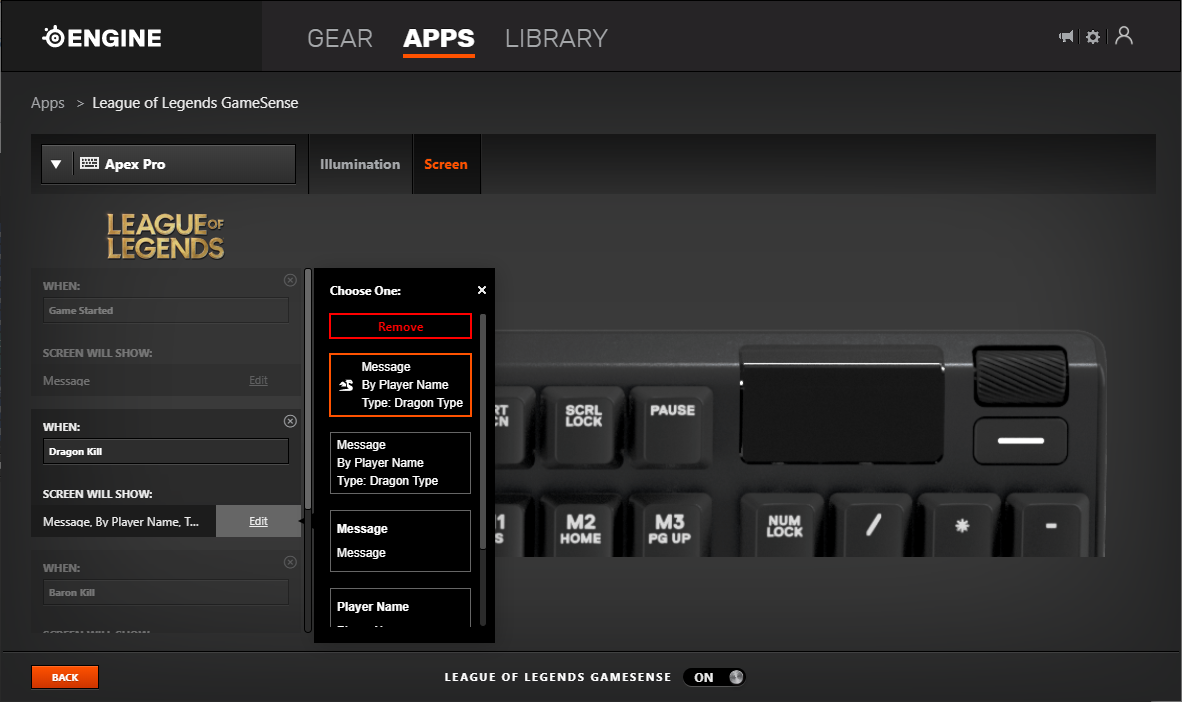 We’ve also received awesome feedback on the System Monitor app. We’ve added another metric to help you keep an eye on your CPU and GPU temperature. Configure that in Engine directly from the Engine Apps tab.

For events where you absolutely need 16.8 million colors to choose from, a new handler type has been added that always pulls the color for the zone from the data you send along with the event. For full details, please see the documentation here.